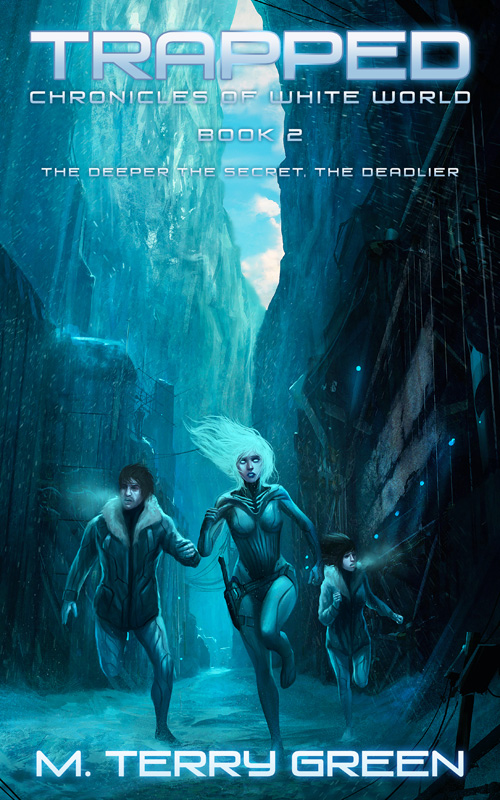 What a pleasure it is to reveal new artwork from Tom Edwards! The cover for Book 2 of the White World series captures the icebound planet with grand scale, while also showing us two more characters, and delving into some detail. I’m positively thrilled with it.

A giant rupture in the plateau separates her from her goal. Though she’s desperate to traverse it, even in the damaged skimmer, her only ally is not so willing. With his daughter at his side, Cord is wary. But caution costs time. While slavers hunt her, prophets track her, and Skulls wait for their chance, time is one thing Thirteen doesn’t have.

Driven to reclaim family and know her name, she can’t stop now. Though she and Cord have learned trust, it will take more than that to survive. As hidden pasts overtake them and push them to a precipice of the unknown, they find that the deeper the secret, the deadlier.